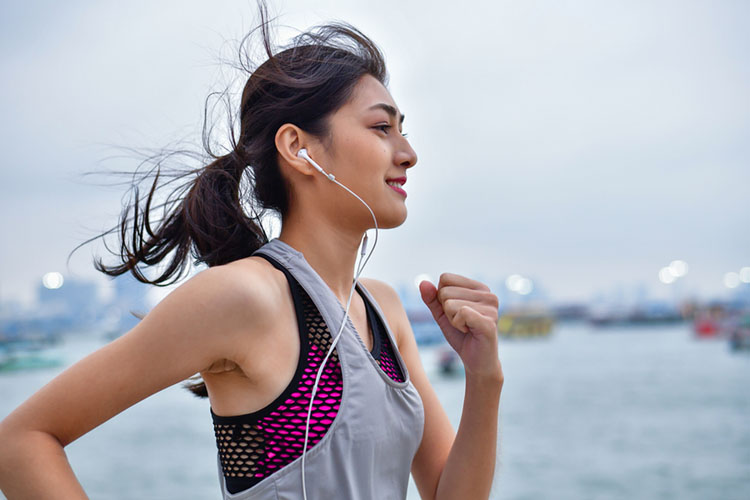 If you’re a runner and you’re looking to improve your performance and stamina, new research shows that Pilates can help.

In this study, Italian researchers started with 32 men who had at least six months of running experience and who had competed in 5-km races. All of the test subjects took part in a 12-week racetrack training program. Half of the subjects also took part in a 12-week mat Pilates class. The 16 subjects who didn’t do Pilates acted as the control subjects.

After the study period, the researchers examined all of the test subjects for a variety of performance measures. The subjects also competed in a 5-km race. They found the following:

In summary, the authors found dramatic improvements in the runners who did Pilates. The authors conclude:

“The results of this study indicate that PT can be incorporated into the training programmes of recreational runners to improve running performance and VO2max and to strengthen trunk muscles. In addition, in situations in which the development of aerobic power is limited by cardiac or pulmonary capacity, PT may improve performance at a lower metabolic cost by decreasing muscle demand during unnecessary pelvic movements and improve other  health-related aspects, including a lower risk of injury.”

Not only is Pilates great at improving core strength and posture, this study shows that it’s also effective at boosting sports performance overall.