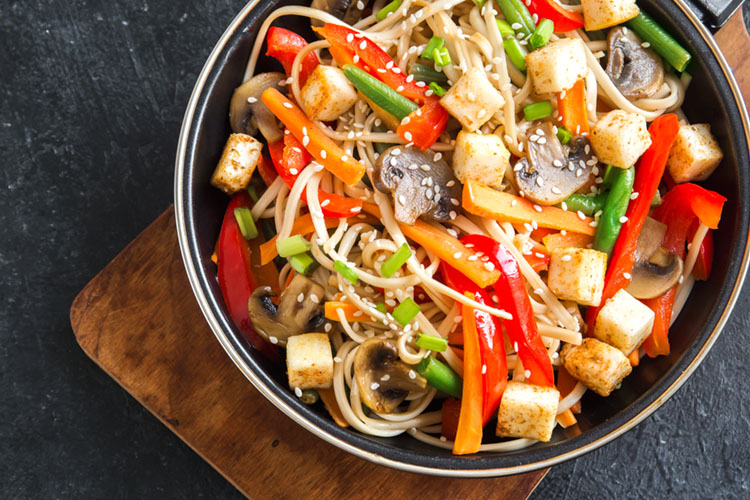 If you have blood sugar issues, then it is possible that some of your nerve fibers have been damaged. This is a condition known as diabetic neuropathy and it occurs in roughly 60 percent of people diagnosed with type 2 diabetes. How do you know if this is happening to you?

Diabetic neuropathy generally results in pain that can be felt in your hands, legs, and feet; but it can also include other negative health symptoms such as digestive issues, unhealthy urinary tract function, and problems with your blood vessels. Thus, finding a way to stabilize your blood sugar can potentially help relieve your diabetic pain as well as ease these other blood sugar-related issues, and one way to achieve this goal, according to a study published in Nutrition & Diabetes, involves eating a vegan diet.

The study referenced involved 35 individuals with type 2 diabetes who had experienced diabetic neuropathy pain in their hands or feet for six months or more. All participants were given a vitamin B12 supplement daily (1000 mcg), but the intervention group was also placed on a low-calorie eating plan which focused primarily on vegan foods for a period of 20 weeks. The control group was instructed to simply keep eating as they normally did.

Throughout the course of the study, measurements were taken in regard to the participant’s body weights, blood pressure, and blood glucose levels. Other tests performed included a variety of sensory perception tests, an electrochemical skin conductance to assess motor function, and tests to measure mood and depression. The results?

Based on the findings, researchers concluded that eating a vegan diet can help reduce diabetic neuropathy and its related pain. In addition, it can also provide other health-enhancing benefits such as weight loss and possibly even a reduction in medications necessary to controlling your blood sugar.

However, if you are considering trying a vegan diet, it is always best to consult with your doctor first to ensure that this type of eating won’t harm your health. Plus, there may be additional supplementation that he or she recommends so you get all of the nutrients your body needs to be function optimally and promote healthy blood sugar levels.

Mayo Clinic. (2015, February 24). Diseases and conditions: diabetic neuropathy. Retrieved on May 27, 2015 from http://www.mayoclinic.org/diseases-conditions/diabetic-neuropathy/basics/definition/con-20033336